Back to Trust news

During her working day Jenni Warrilow is often deskbound assisting many and often urgent estates and facilities requests for services across the Trust…but come the weekend she puts on her walking boots and heads for the great outdoors. 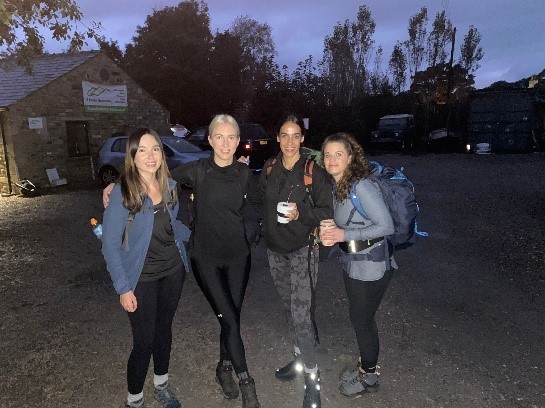 However she admits her latest trek took some doing. Jenni took on a combined 24-mile hike for the Yorkshire Three Peaks Challenge, for which she set herself a gruelling time of under 10 hours to complete with a group of charity campaigners.

“I’m just glad I made it in time” said Jenni. “I remember clambering up one of the hills in the mist thinking I was nearly at the summit, when I suddenly realised there was a lot further to climb!

“The official finishing time was 9 hours, 39 minutes and 2 seconds. But the important thing was the group of 24 people I walked with have beaten the £6,200 fund-raising target we set for the Darby Rimmer Motor Neurone Disease Foundation. And there’s still time to support us using our Just Giving website!”

The 35-year-old joined the campaign trek after a family friend became ill with MND. The foundation was set up by former Liverpool, Bradford City and Bolton Wanderers footballer Stephen Darby and close friend and British Forces Veteran Chris Rimmer, and aims to raise awareness, provide support and encourage research into MND. Stephen Darby is one of several high-profile sportsmen with the disease who have been featured on BBC TV Breakfast along with Rob Burrow and Doddie Weir.

Motor Neurone Disease (or MND) is an uncommon condition that affects the brain and nerves. It is a progressive condition that causes a variety of weaknesses, neurological and mobility problems. Although there are treatments and some people live with it for many years, MND can significantly shorten life expectancy and eventually leads to death. A third of those diagnosed will sadly die within 18 months to two years. For more information about MND and the foundation go to: www.darbyrimmermnd.co.uk 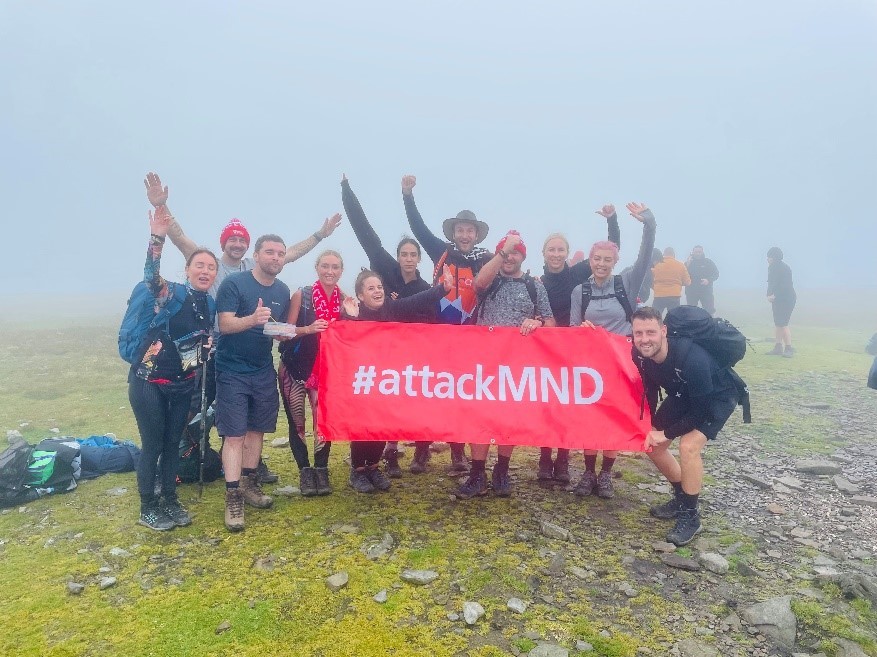 The MND fund-raisers on a misty summit in Yorkshire. 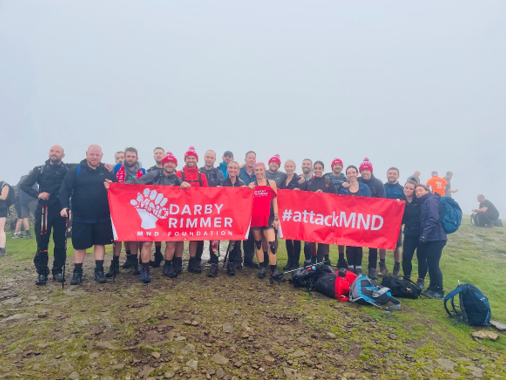 Jenni and friends flying the flag for the Darby Rimmer MND Foundation.