Back to Secure and SLD news

On Saturday, we were able to gather to remember those who came to our hospital during the two world wars. The annual service, held by ourselves and the Royal British Legion returned after last year’s curtailed November observance. Firstly as Queen Mary’s Military Hospital and then again in the Second World War, the site was use to treat those injured in conflict, and more recently we also welcomed some of those displaced by the Yugoslav Wars of the 1990s as well.

Once again, the band paraded around the Circle and the salute was taken. Assembled on the steps of the main building to take the salute were the Mayor of the Ribble Valley, dignitaries and clergy. Mersey Care’s Executive Director of Estates and Communications, Elaine Darbyshire, represented the Trust and later laid a wreath. Also on the steps were former governor Cllr June Brown, former CEO Cllr Mark Hindle and the local MP Nigel Evans.

After the parade, the congregation and band went to the war cemetery. There they held a full service of remembrance, including The Last Post and the Silence. Wreaths were placed on the memorial by dignitaries led by the Mayor. This time it also included representatives of the Western Front Society who had toured our site earlier this year.

Feedback has been warm and positive from guests and community leaders. The work done by Facilities and Catering, from Sharon Phipps and Dragana Jovanoska, was much appreciated by attendees and by the Trust leadership. The British Legion’s members officer offered her sincere thanks, adding: “It is felt that the event was a huge success especially by having the accompaniment of the Lostock Hall Band and support of the local community which made it more appropriate.  Luckily we managed to avoid the rain yet again.”

Thank you to all who made the event possible and especially to service users and staff on the day.

Return to Secure and SLD news 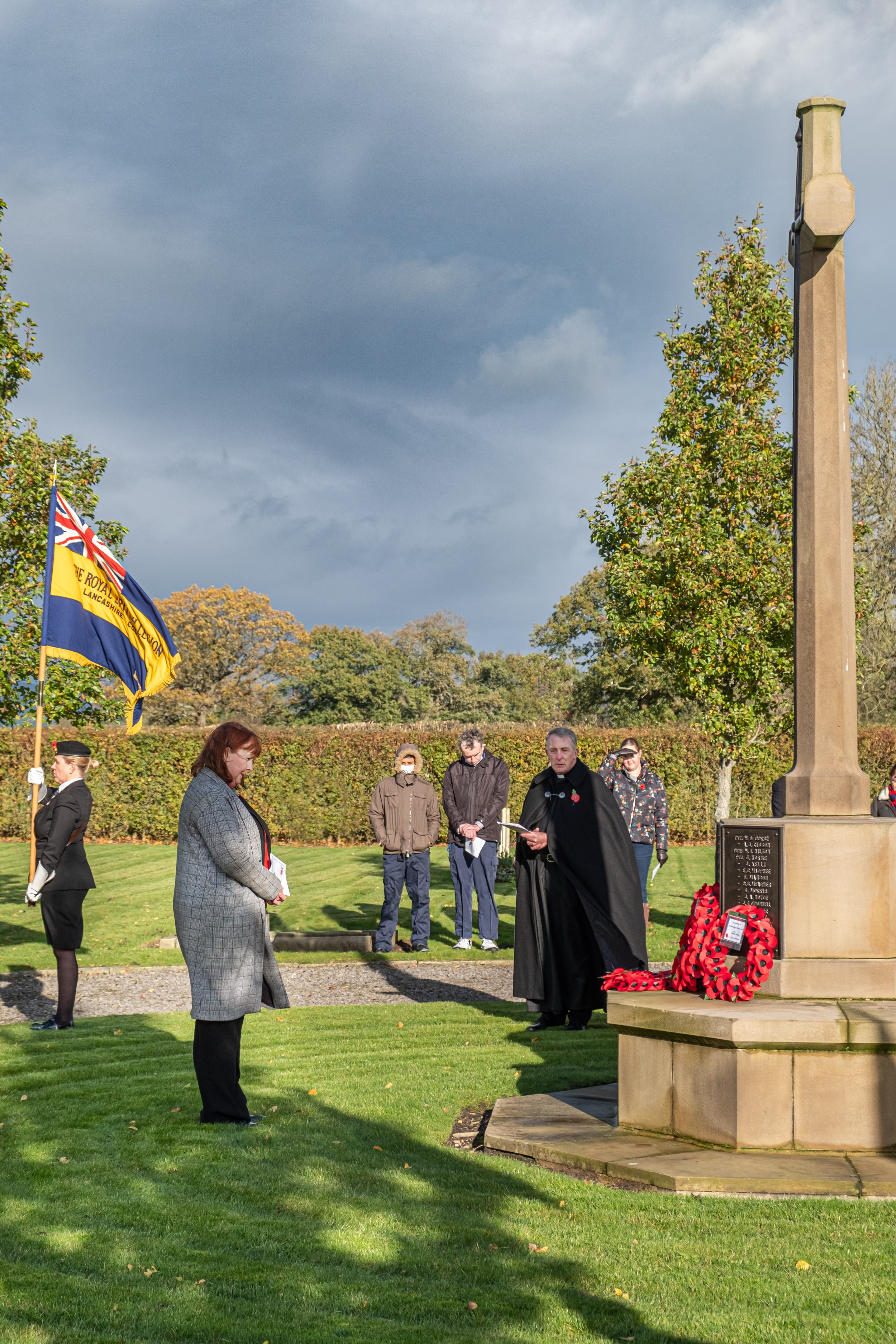