Back to Children and Young People Programme of Change 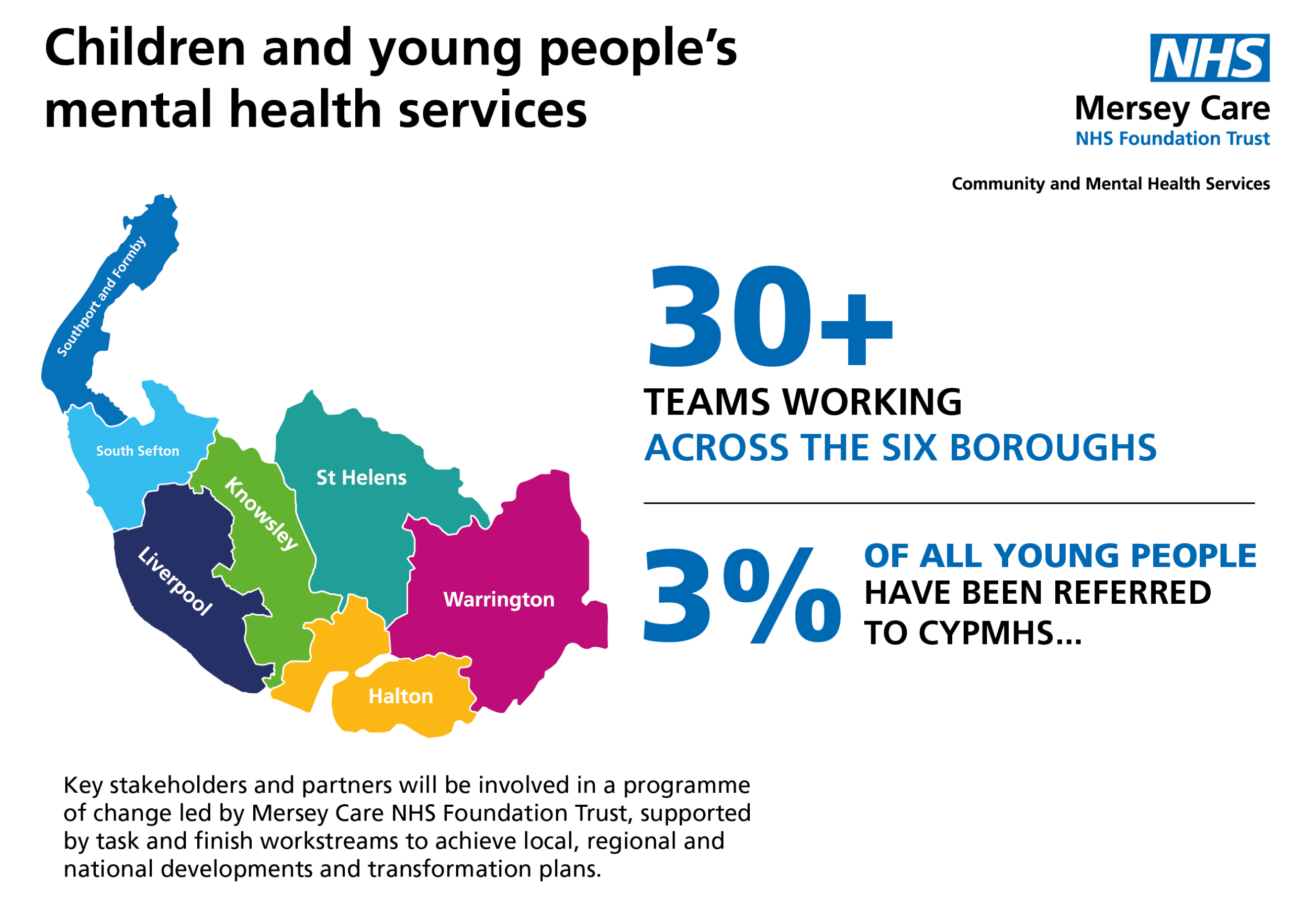 A specific program of change for children and young people's mental health service, which will review all services via a change framework including a change board with key stakeholders and partners, supported by task and finish workstreams to achieve key deliverables in line with local, regional and national developments and transformational plans.

CYPMHS have been under intense media and political scrutiny in recent years and months with a reported ‘epidemic’ of mental ill health among children and a ‘crisis’ in mental health services.

For six years the NHS Benchmarking Network has been collecting data on CYPMHS to build a ‘state of the nation’ picture across the UK about community and inpatient services for children and young people. This year’s data provides an important snapshot of the position of CYPMHS today and a picture of how services are changing as demand for services is growing. The data shows that CAMHS provide a wide variety of services, with very different offers from one area to another. Unsurprisingly, this year’s report shows a record number of referrals into CYPMHS, at more than 3,000 per 100,000 children nationwide, but with wide variations in localities. This represents a 15 percent increase in just one year in referrals to CYPMHS (the highest rate of increase of any speciality in the NHS this year). The proportion of referrals accepted by CYPMHS varies widely between trusts, at an average of 77 percent nationally (a figure that has not changed markedly in recent years despite the increase in referrals), of whom 69 percent were seen more than once after they were accepted (Centre for Mental Health.Org.Uk.2022).

Mersey Care CYPMHS and local systems have operationalised the iThrive model (Anna Freud Centre) in 2017/18 at different pace with variable place-based focus. This has led to marked differences in the clinical offer across CYPMHS both in terms of access and treatment and partnership working.  The increased demand/acuity coupled with regional and national workforce challenges and differences in the ‘offer’ from the local system is felt locally and has resulted in increased safety incidents.

The aim of the review of services is to develop a CYPMHS strategy and achieve equity, standardisation and synergy across services and to realise benefits and learning across boroughs.

Additionally, an intended outcome is to improve the quality of the patient journey and clinical outcomes and to support improvement and transformation projects at scale.

Furthermore, the aim of this change programme is to understand capacity and demand to support workforce pressures, aligning to one leadership and governance structure under the Mersey Care restructure.